So. Good. I didn’t want to put down Jane Harper’s suspense novel, The Dry, until the mystery was solved. Set in a small town in rural Australia, this chilling whodunit novel follows multiple unexplained deaths spanning 20 years.

Aaron Falk fled from his hometown 20 years ago when Ellie Deacon, one of his close friends, was found dead. The kicker? A note with Falk’s name and the date of her death was in Ellie’s pocket. When Aaron couldn’t provide an explanation, he was pegged as a killer. In response, he avoids the town for years, that is until his childhood best friend, Luke, and his family are found dead. Only then does Aaron finally return. Despite his best efforts to leave, he’s pulled back into this secret-filled town.

The small town setting (where everyone knows everyone else’s business and memories span decades) really contributed to the development of the story. When Aaron returns to the town, it’s experiencing a serious draught, which contributes to the high tensions. Through Harper’s vivid descriptions, I could almost feel the dry air and heat. I mean seriously, I felt like I needed a water bottle while reading. 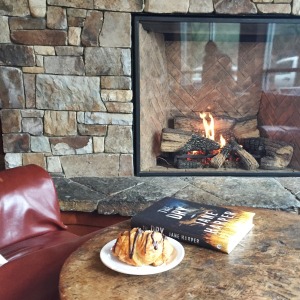 I was surprised by the ending in a way that only a good mystery novel can evoke. The writing style was interesting as well. For the most part, the book is written in third person from Aaron’s perspective with scene snippets from other characters’ perspectives throughout the last 20 years. I thought this was a great touch because it gave the audience visibility beyond what Aaron was experiencing.

I really enjoyed The Dry and would happily recommend it!

Tana French is a name one hears floating around a lot in the book world. She’s a bestselling mystery author and I’ve finally read one of her books: In The Woods. This mystery novel stood apart from others I’ve read because of the two intertwining (but at the same time, separate) mysteries within one story.

Schools out for the summer and a trio of best friends fill their days by playing in the woods of the Dublin suburb where they live. One evening, when it’s time for dinner, the children are nowhere to be found. The parents panic, the police are called, and only one of the three children is found and he has no memory of what’s happened.

20 years later, Rob (the boy who was found in the woods) is a detective on the Dublin Murder Squad when a girl is found dead in those very same woods. Rob and his partner, Detective Cassie Maddox, are on the case to find what (who) happened to this little girl. Although Rob doesn’t remember what occurred that terrible day 20 years ago, he has the eerie feeling that it might be connected to his current investigation. Throughout the story, Rob attempts to find the little girl’s killer as well as solve the mystery that’s been haunting him for two decades.

First, I want to say that I enjoyed this book. I thought the characters were believable (and at times likable) and the plot was well constructed. However, this wasn’t an un-put-down-able mystery for me. It was slow going.

I’m not going to share any spoilers – however, the ending left me both satisfied and unsatisfied at the same time. I’m tempted to pick up the next book in the series just to get some answers! I recommend buddy-reading In The Woods with a friend who you can discuss all these plot twists with.

“He loved the woman I was before I was in love with him.” 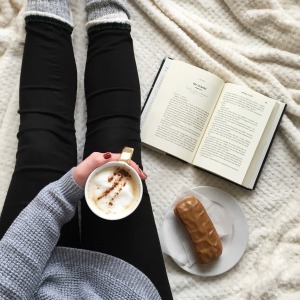 Although Marrow Island by Alexis M. Smith begins when Lucie Bowen returns to Marrow Island, Washington, the story really begins 20 years earlier when the May Day Quake (a huge earthquake) rocked the west coast. At the same time, Lucie’s father died in an explosion at the oil refinery on Marrow Island. To escape this tragedy, Lucie and her mother left the islands and didn’t look back. That is, until her childhood friend Katie tells her that a community is living on Marrow Island again and that it’s no longer uninhabitable.

Lucie returns to the islands and finds a tight-knit community (with a slight cult-mentality in my opinion) restoring the land on which they live. In their quest to restore life on Marrow Island, the group takes things too far and Lucie walks right into the middle of it all…

I’m from the Pacific Northwest and I really enjoy reading about places you’ve lived from someone else’s perspective. Although Marrow Island is fictional, it’s based on real places and I could see similarities in the story to cities and islands in Washington. Marrow Island also focused on how people recover and move forward after huge natural disasters like the one described in the story.

While I think the idea for this book is interesting, the story jumps around and leaves a lot untold (allowing for readers to fill these gaps with assumptions), which isn’t my favorite writing style.