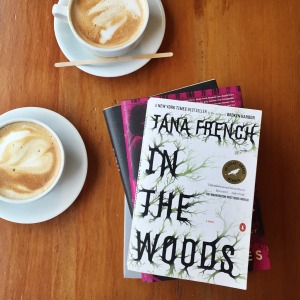 Tana French is a name one hears floating around a lot in the book world. She’s a bestselling mystery author and I’ve finally read one of her books: In The Woods. This mystery novel stood apart from others I’ve read because of the two intertwining (but at the same time, separate) mysteries within one story.

Schools out for the summer and a trio of best friends fill their days by playing in the woods of the Dublin suburb where they live. One evening, when it’s time for dinner, the children are nowhere to be found. The parents panic, the police are called, and only one of the three children is found and he has no memory of what’s happened.

20 years later, Rob (the boy who was found in the woods) is a detective on the Dublin Murder Squad when a girl is found dead in those very same woods. Rob and his partner, Detective Cassie Maddox, are on the case to find what (who) happened to this little girl. Although Rob doesn’t remember what occurred that terrible day 20 years ago, he has the eerie feeling that it might be connected to his current investigation. Throughout the story, Rob attempts to find the little girl’s killer as well as solve the mystery that’s been haunting him for two decades. 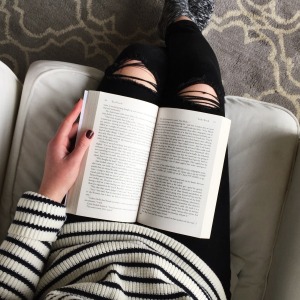 First, I want to say that I enjoyed this book. I thought the characters were believable (and at times likable) and the plot was well constructed. However, this wasn’t an un-put-down-able mystery for me. It was slow going.

I’m not going to share any spoilers – however, the ending left me both satisfied and unsatisfied at the same time. I’m tempted to pick up the next book in the series just to get some answers! I recommend buddy-reading In The Woods with a friend who you can discuss all these plot twists with.

4 thoughts on “In The Woods by Tana French”