What You Don’t Know by JoAnn Chaney made my skin crawl. It’s one of those stories where almost every character is disturbed and quite interesting at the same time. It’s all very dark, but that makes for a good crime novel right?

Detective Hoskins and Loren are looking for a serial killer. They’re unlikely partners, but Hoskins is the only one who can put up with Loren. The book begins as they arrest Jackie Seever, a man who had done unspeakable things. Seven years later, people begin dying again in ways similar to Seever’s victims. The problem is that Seever is still in jail and detectives are stumped.

The book switches between quite a few points of view including detectives, reporters, and even the wife of the serial killer. Everyone is a suspect and as the story moves forward, some of them move further from reality. 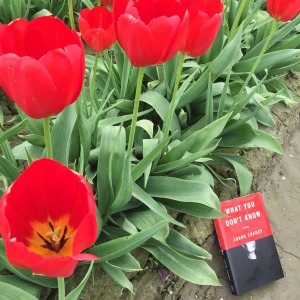 The pace of What You Don’t Know was a little slower than I would have liked, but I was intrigued by the dark story and twisted ending.