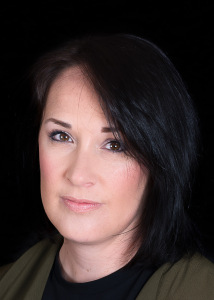 It has been quite some time since my last author interview and I’m thrilled to welcome Olivia Kiernan, author of TOO CLOSE TO BREATHE, to the blog. This dark, deceiving thriller is Kiernan’s debut and kept me wondering until the very end!

The book focuses on a police investigation – how did you conduct research for this?

I think as someone who is interested in crime, crime fiction and the mode of crime, I find myself watching many true crime programmes, documentaries and listening to podcasts on crime analysis. Over time the routine of how police might approach a crime scene does sink in, so initially I didn’t actively do a lot of research. I tried to approach the book through the main character, DCS Frankie Sheehan, and follow what I felt a detective of her experience would do with the finance, time and knowledge available to her. It’s probably relevant that I’ve studied in science for many years, so the more technical aspects of the autopsy were a little easier for me to write.

Once I had the first draft down, I spoke to two members of the gardaí, one sergeant and one detective and a member of the police force here in the UK to ensure that police procedure was as accurate as I could make it. I do remember phoning a forensic data clinic to query what sort of information could be gleaned from a waterlogged phone. I began the conversation by saying I was a writer and wanted to know whether police would be able to retrieve information from a mobile phone that had significant water damage. Throughout the conversation, the guy on the other end kept referring to the phone as mine. I must have sounded very shifty indeed. No matter how many times I said I was researching for a book and that this was a fictional world I was exploring, he overlooked it. I’m sure he thought I’d committed some heinous crime and I wanted reassurance that the police wouldn’t be able to access my records. He was so convinced I was that person who phoned up to ‘ask for a friend’ that he gave me a price breakdown, including VAT on what the process would cost.

Why did you choose to write from the perspective of Detective Frankie?

Frankie is a tough cookie but also someone of great integrity who has always seen herself firmly in the role of protector. At the beginning of the novel, we see her struggling in a new role, that of victim. Her approach to her work changes, her perspective altered, she now looks through the veil of this recent experience. And she struggles with this added vulnerability. To her, at the start of the novel, it feels like a confrontation against her self-image. I felt this was the best way to explore the themes of victim and predator in the novel, who we think or who we expect to fit those roles, as Frankie herself is dealing with this same conflict.

What do you hope readers take away from your story?

Mostly, I want readers to have a cracking good crime thriller read. And maybe come away with their interest piqued in some of the themes the novel explores: the art of Chagall, for instance, the colourful history of Prussian Blue, or the shady recesses of the Dark Web. If the novel draws some questions on victimology, I would hope it to be around the theme of control.

Who are your favorite authors?

There are always too many to list and that list grows every year. I love Tana French’s novels for her character detail and absorbing plots. I really enjoyed Gillian Flynn’s Dark Places and Sharp Objects and am waiting, not so patiently, for her next novel. I love the work of Sebastian Barry, Anne Enright and Cormac McCarthy for the elegance of their prose. I could go on.

What are you working on next?

My next novel is titled, The Killer In Me and takes up with DCS Frankie Sheehan in Dublin. Murder convict, Sean Hennessy is released from prison to return to the seaside community of Clontarf in Dublin. Hennessy has always professed his innocence. But within months of his release, two bodies appear in Frankie’s hometown. As the investigation continues and the threat closes in around the small community, Sheehan is forced to confront her own darkness to discover exactly what it takes to become a killer.

Thank you to Olivia Kiernan for stopping by and answering a few questions! TOO CLOSE TO BREATHE is available on April 3, 2018.

Join 1,130 other followers
Follow Dream by Day on WordPress.com